Making Do and Making a Change

The other night I was scanning the Argos catalogue.  (Sad, I know).  The reason being, that I had some money left over on a voucher I was sent to replace my iron, and I was wondering what I might use it for.  I was drawn to the kettles, as ours was looking well past it's best.  It was covered with a layer of grime, scale was creeping over the rim and out of the bottom of the handles and I was thinking maybe it's time for a new one.  Then I got to thinking how it still works perfectly, and I could end up with a kettle that lasts a year and then breaks.  We've had ours a good few years, and as a consequence, it is indeed a bit scaled up inside, but I figured a bit of work and it could be made to look a lot better.  I decided to give it a good clean.

Out came the brillo pads, descaler and a bit of elbow grease and it got a good old makeover.  I couldn't believe the transformation.  I didn't take a before shot, as I was too keen to get on with the job in hand, but here's the after shot. 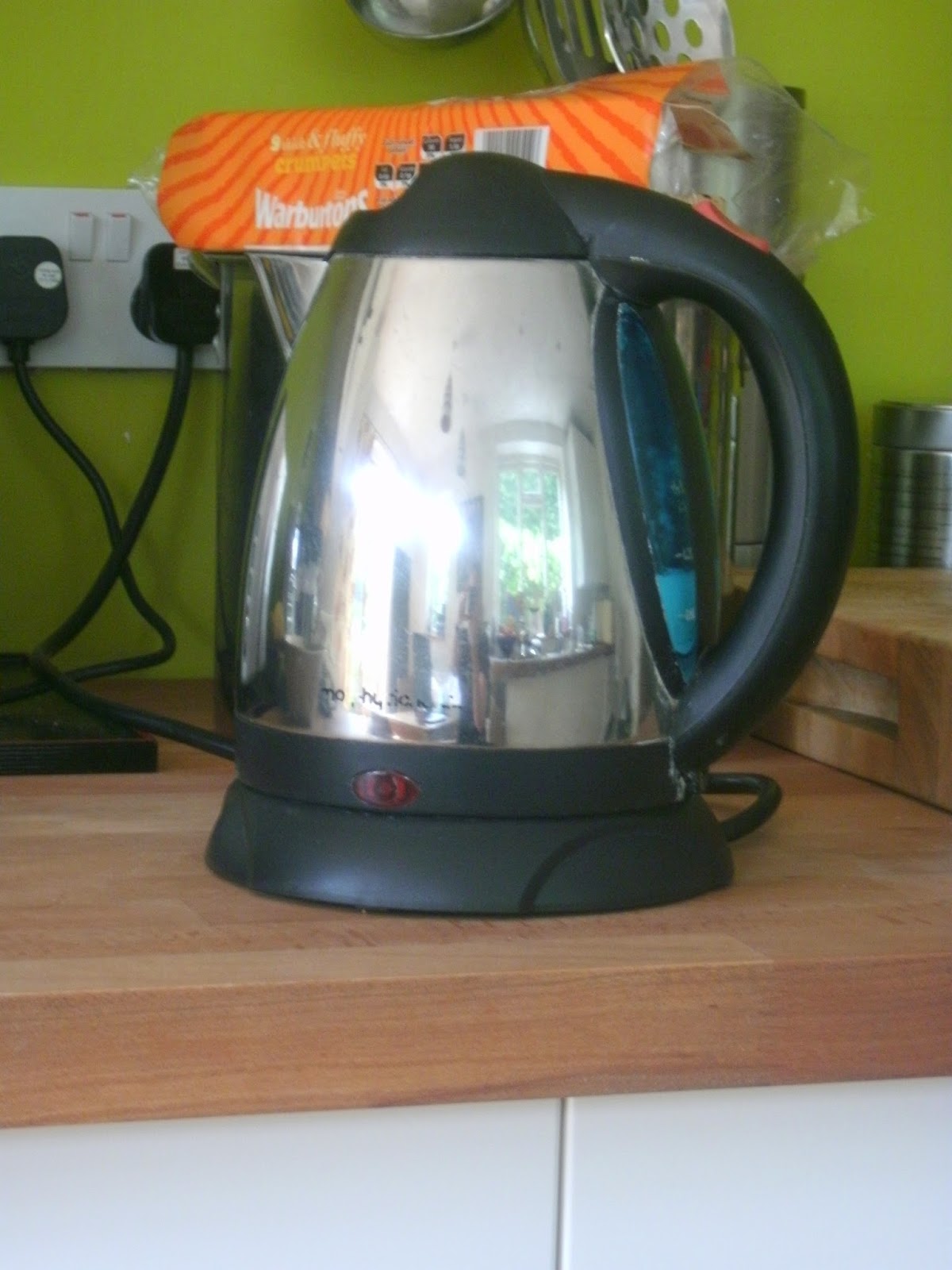 I did get a bit carried away with the Brillo pad and some of the brand name rubbed off, but I think you'll agree that it's shiny like a new pin.  If you look very closely, you can even see my reflection in it taking the photograph.  Sometimes it feels so satisfying to actually look after something that you already have and make as much use of it as possible.  Lets hope it lasts a good few more years.

Having potentially saved myself from spending most of the voucher on a kettle, I went back to looking in the Argos catalogue again.  This time I decided that I was going to spend the money on a new kitchen bin.  And yes, we do have a functioning one already, that we could make do with, but in this instance, I fancied a change and a bit of an upgrade from this 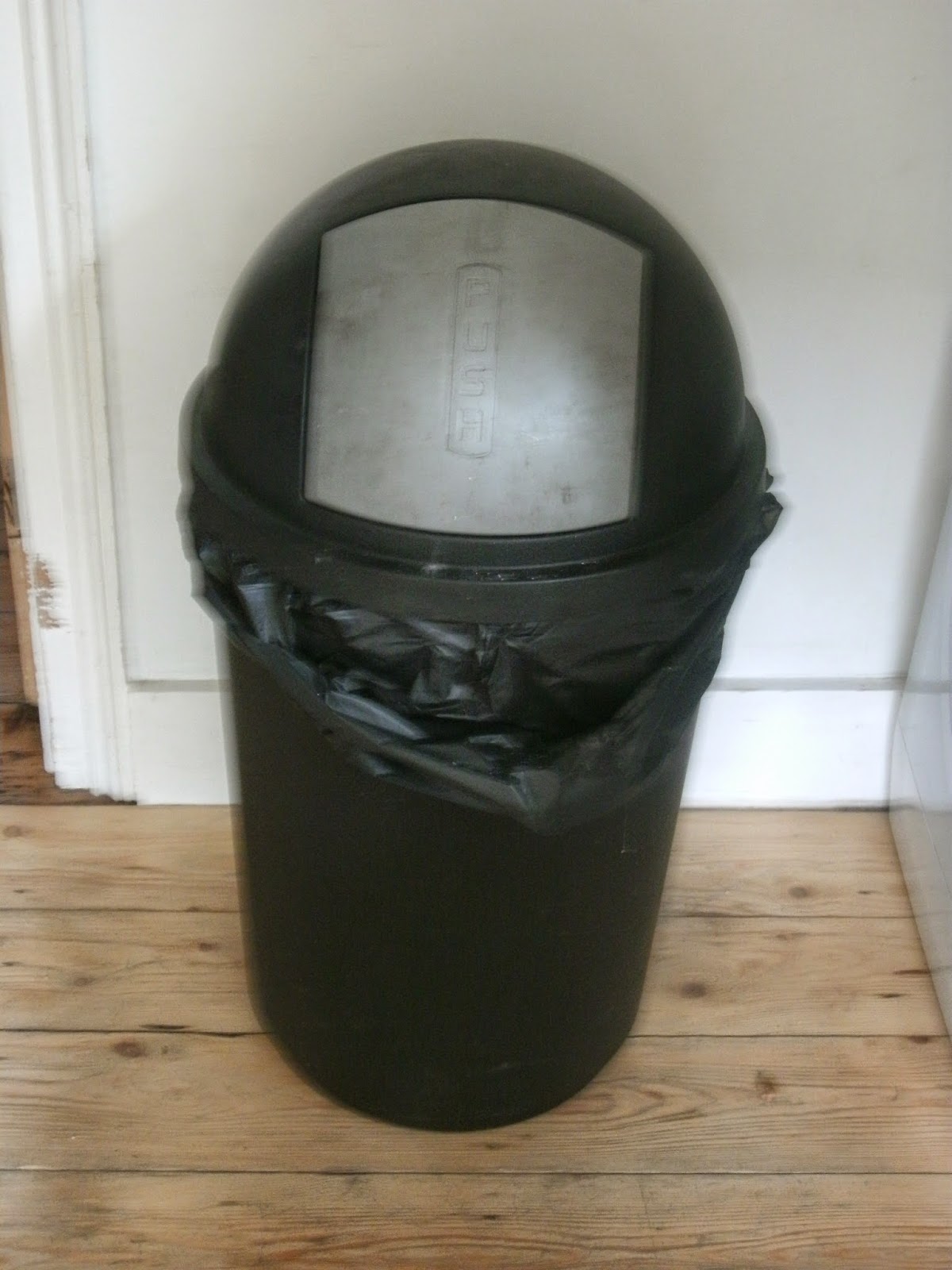 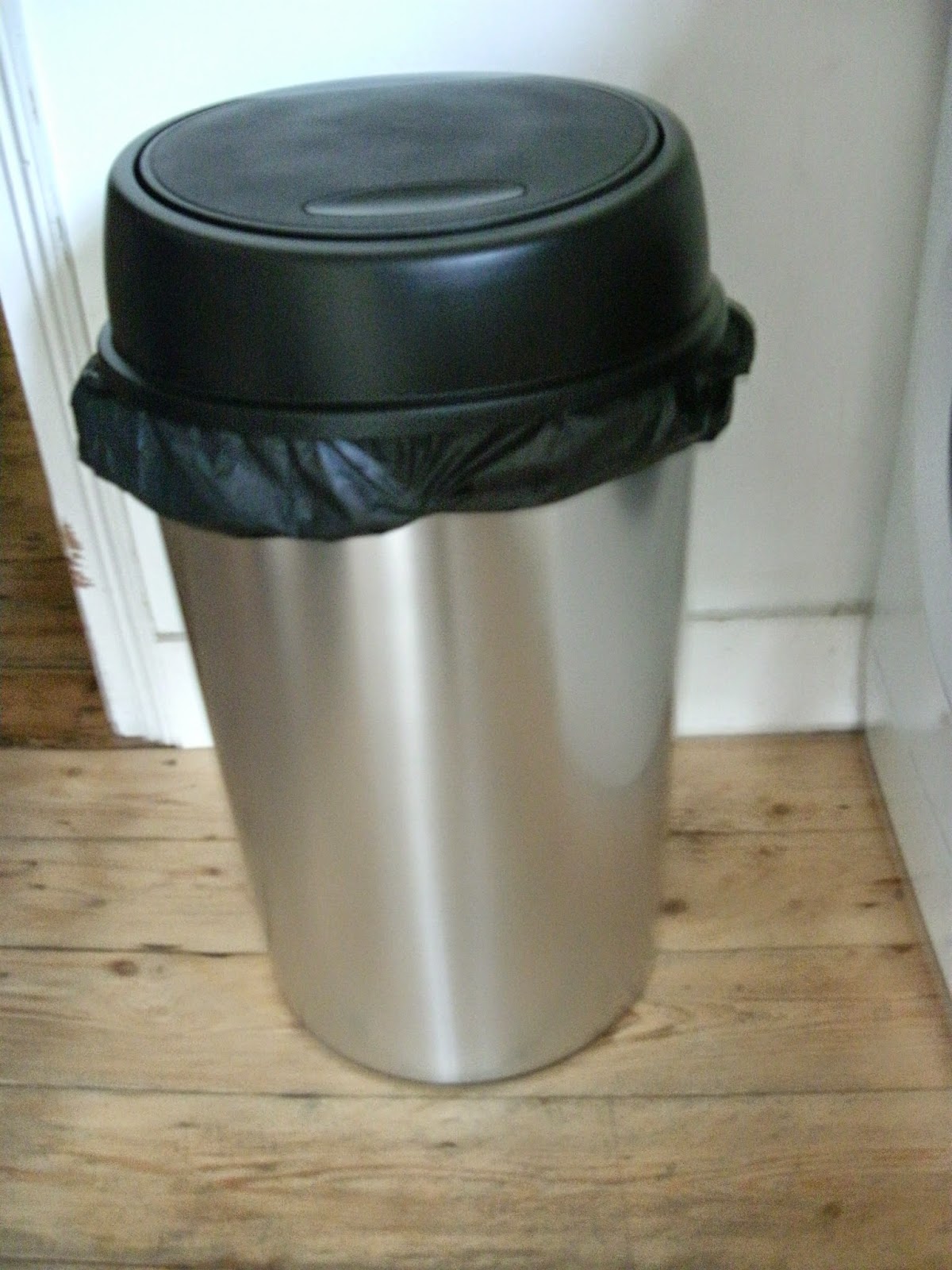 I checked the reviews on the website before purchasing it and to be honest they were mixed, with quite a few complaints about the lid.  I decided to take a gamble though and I'm glad that I did as I  like it.  I'm not sure how it will fare in relation to the rigours of constant daily use, but we'll soon see.

Part of the reason for this change was that the current push lid style bin  has a lid that when the bin starts to fill up it doesn't close properly, allowing smells to leak out.   In addition, the opening isn't particularly large and sometimes I have to lift the lid off to get larger items of rubbish in.  With a touch top bin I'm hoping these problems will not occur to the same extent, as the aperture will be larger and the lid will shut until it is fully full.  The other reason is purely aesthetic, in that the new bin is generally more attractive.  I like that it is the same size as our current bin, so I can continue to use black bin liners in it and then take them straight outside when full.  This size is perfect for us and just big enough for a week's worth of our rubbish, so I don't have to change the bags too often.  I'm all for an easier life where possible.

The current bin, which has served us well, I will be hanging on to for the moment (just in case) and has already been repurposed in the garden (I'm using it to store clean plant pots in, to keep them from getting dirtied by dust and weather).  Just in time really, as there was massive storm last night and they were kept snug and dry for once.

This change has been part of a gradual de-cluttering and subtle revamping of some of the smaller details of our kitchen.  More to come in a later post.

Posted by johnnyjumpsup at 03:49