Give and Take Tales 2

I think I did a similar post to this the last time I attended a Give and Take Day event. These events take place in our borough, are organised by the recycling department of our local council and aim to redistribute or recycle people's unwanted items to people within the borough, rather than things being put into landfill. They are usually quite well attended and there's usually quite a collection of items donated.  The best things, of course, go within the first hour and at past events I've seen people taking home wooden ladders, armchairs, all kinds of things.

This one was held in a local primary school, a different one to the last event, as they move the event around the borough in the course of the year and in an area not far from me, but that I'm not very familiar with.  I went along, as I had a few bits to donate that were clogging up the landing.  The aim is for people to give things they don't need or want anymore at 11am, or alternatively give and take at the same time (if they see anything that they want) between 12 noon to 3pm.  You don't have to give to take, nor take if you give, if you don't want to.

I like to go along to these events in the afternoon, donate whatever I can find and have a quick look around to see if there's anything I'm specifically looking for at that moment. I already have so much stuff in my house that I'm not really looking to accumulate much more, but sometimes you can get lucky and find something that you have been looking for for a while.  Quite often I pick up a few books, as there is always a large amount donated.

It's a great event.  A super way of donating things to other people that you no longer need and spreading the love.  It's a bit like a totally free car boot or jumble sale.  Possibly not something everyone would like to do on a Saturday afternoon, but I just find it interesting to see what people donate and take.

I arrived pretty late to this event, almost 2pm.  Little Bird had been late coming back from her sleepover the night before and was then heading out again with her friends, so I was hanging on until she left.  I then got lost trying to find the place.  (Told you it was in an unfamiliar area!)  I parked in the school car park and a very nice gentleman, who was passing on his bike, helped me into the event with the things I'd taken, as I couldn't quite do it in one trip on my own.  Very kind of him.

I must admit there was very little left by the time I got there.  Just as well really, as I don't really need anything.  I took a look around anyway, but just came away with one item.  This wooden mug tree. 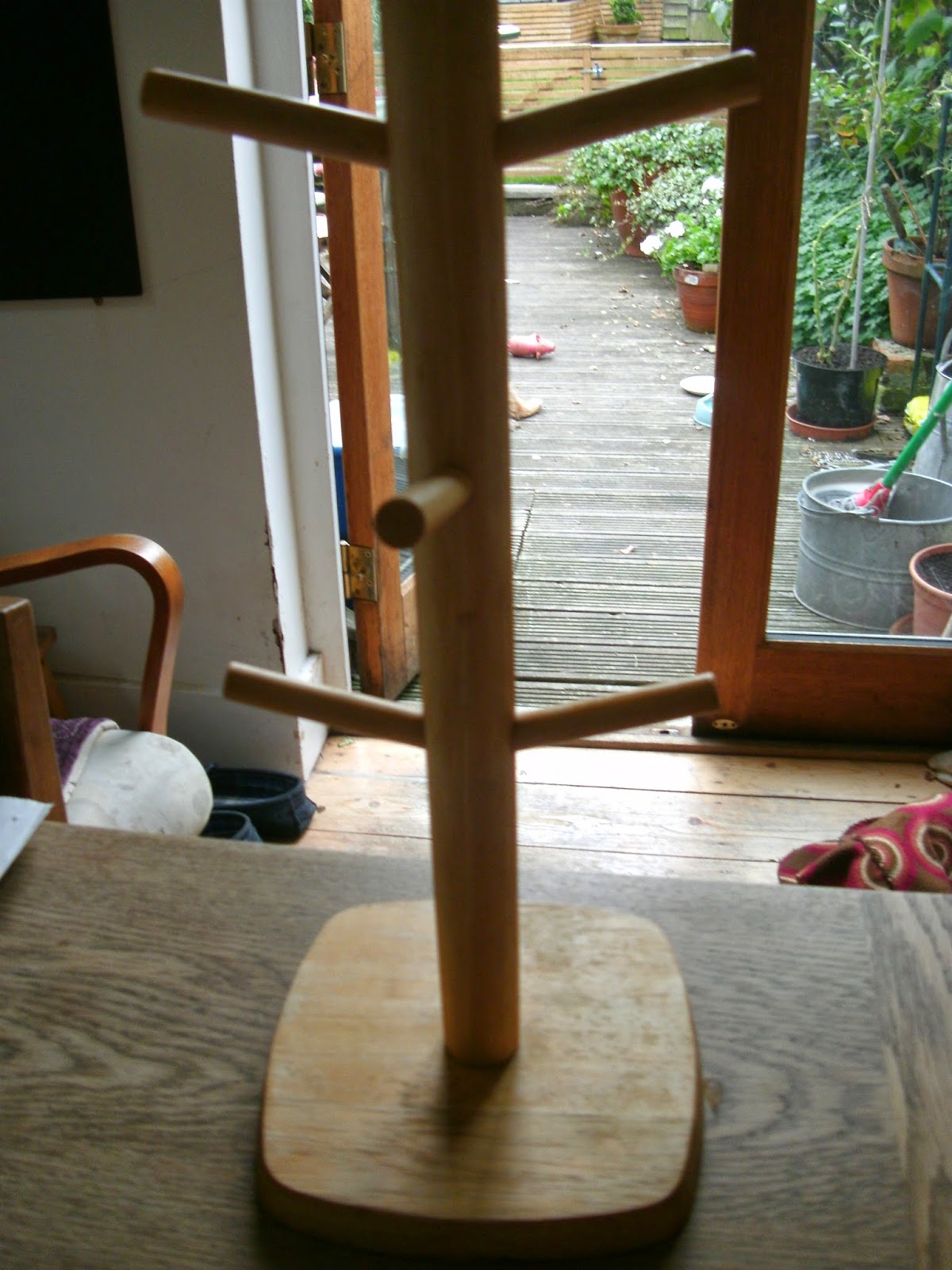 I had given it a good clean by the time this photo was taken, as it looked a bit grotty.  It's cleaned up okay though and then I'm going to paint it.  I'm not using it as a mug tree.  I'll show you my plan in another post.

To be honest, there are probably many other people out there with greater need than I have, but if I turn up late and there's bits and pieces still left, I do like to enter into the spirit of things.  I wasn't exactly sure what happened to the things that don't get taken, but I was reassured that they get taken to the next event in a few months time, which is good.   It's a good idea and I always like to support good ideas, otherwise they tend to get discontinued due to lack of interest.

Do you have any similar events in your area?
Posted by johnnyjumpsup at 07:02