Last  night, when I was catching  up on watching a few YouTube videos, I came across one about donating a shoe box of gifts for a child somewhere in the world, that wouldn't otherwise get a gift this Christmas.

I could remember doing this sort of thing many years ago, so out of curiosity I took a look on the website of the organisation concerned, with a view to taking part.  The organisation was called Samaritan's Purse International Relief organisation, a Christian charity, who are running this operation in conjunction with Shoe Zone and other stores, who are the designated pick up points.

I was a bit behind on watching videos and this one had gone up a week or so earlier, so I was surprised when I checked the website and saw that today was the last day for donations to be dropped off, but I decided I would do it anyway.

As a consequence, the rest of the evening was spent scouring the house for suitable items to put in the box.  All of the items have to be new and unused and there are guidelines about what is and isn't suitable, which is useful.

They mainly ask for stationary, toys, hygiene items, etc. and you can include a note and photo for the recipient if you wish.  They also ask you to donate £3 towards the shipping cost for each box, as they can get shipped all over the world.  You can donate the £3 on line and print off a barcode, so that in the New Year you get to know where your box went, which is what I did. This barcode then gets stuck inside the box.

I chose to donate for a girl aged 10-14, the same age group as my daughter.  It was surprising what new and unused items I found around our house that could go into the box.  Here's some of the things I sent: 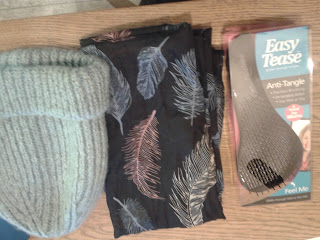 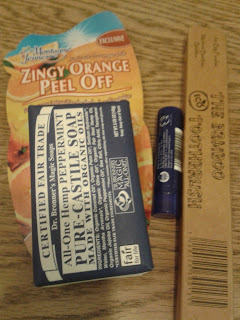 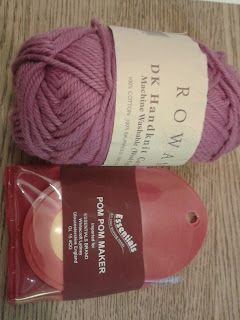 A pom pom maker and wool 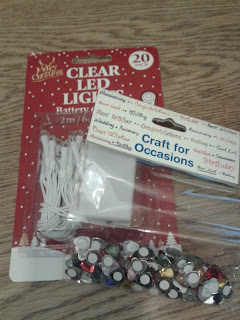 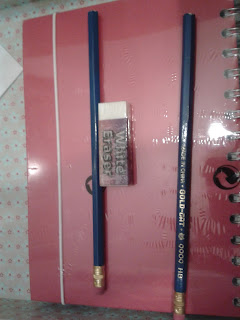 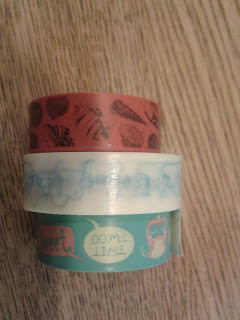 A few bits of stationery and washi tapes. 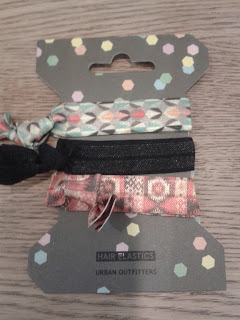 And lastly some hair ties.

Here they all are in the box, the lid of which I wrapped in Christmas paper. 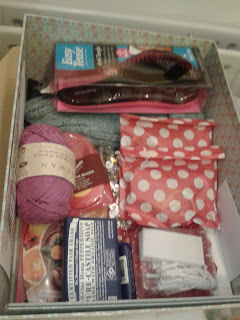 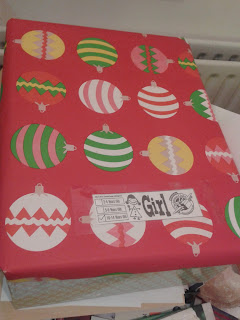 I just want to buy a couple of extra things tomorrow, before I  take it in to our local participating Shoe Zone, i.e. batteries for the lights, a pencil sharpener, toothpaste and a colouring book and pens.

Hopefully, whoever receives them will enjoy opening and using the items this Christmas.

It's scary to think that we had all this stuff and lots more, just lying around unused in our house, when some people in parts of the world where natural disasters are occurring or there is war or famine, have virtually nothing.

I'm afraid it's a little late now for anyone else to send their own box, but you can send one via the website of the organisation concerned, where you can curate one that they put together for you for £15, if anyone is interested in doing this.

Maybe  next year I'll get my act together sooner and be a bit more considered about it, but I'm happy to be taking part and sending something this year.

Posted by johnnyjumpsup at 00:27